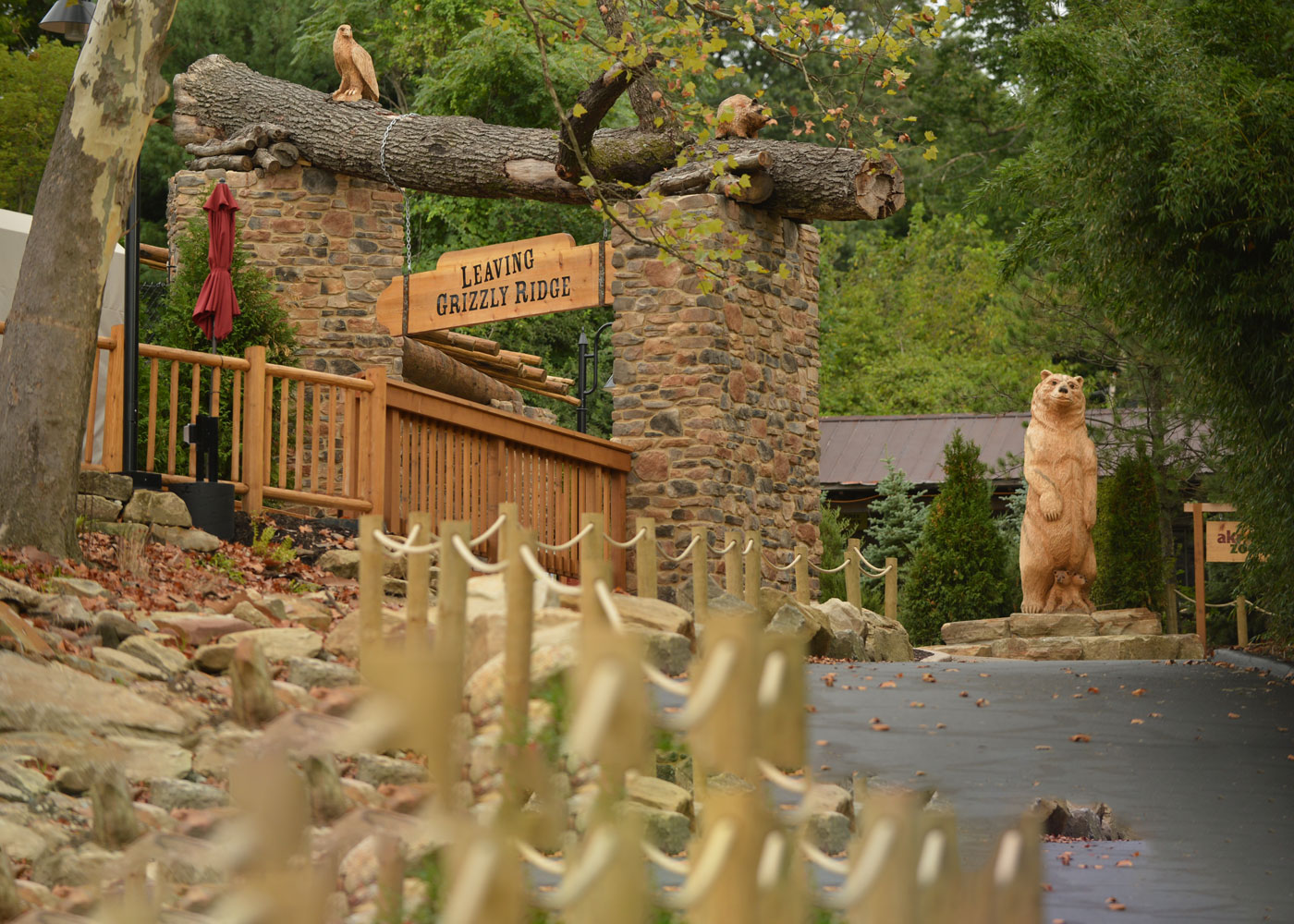 Completed in July 2013, the Akron Zoo’s Mike & Mary Stark Grizzly Ridge includes exhibit space for grizzly bears, wolves, coyotes, otters, eagles, and native birds. The attractions are situated along a winding path that traverses a dramatic grade change, allowing multiple views of the animals from varied heights. Exhibit features include underwater viewing areas for grizzlies and otters, an aviary with a rope bridge and treehouse, a mid-1850’s themed bear building with a covered porch, and a tube slide through the otter water feature. Interactive thematic elements reinforce the Zoo’s message of conservation and the connection to historic Ohio.

Sustainable design features include a green roof, bio-retention basin, and many other sustainable elements that further the Zoo’s mission of conservation of not only wildlife, but of all natural resources.

Careful consideration had to be paid to the durability of the materials that were used. For instance, cast in place concrete was used instead of masonry in order to withstand the destructive and often curious nature of some of the animals, especially the grizzly bears. The exhibit design was also carefully planned to uphold the highest level of safety, while still providing an environment that mimics the animals’ natural habitats. 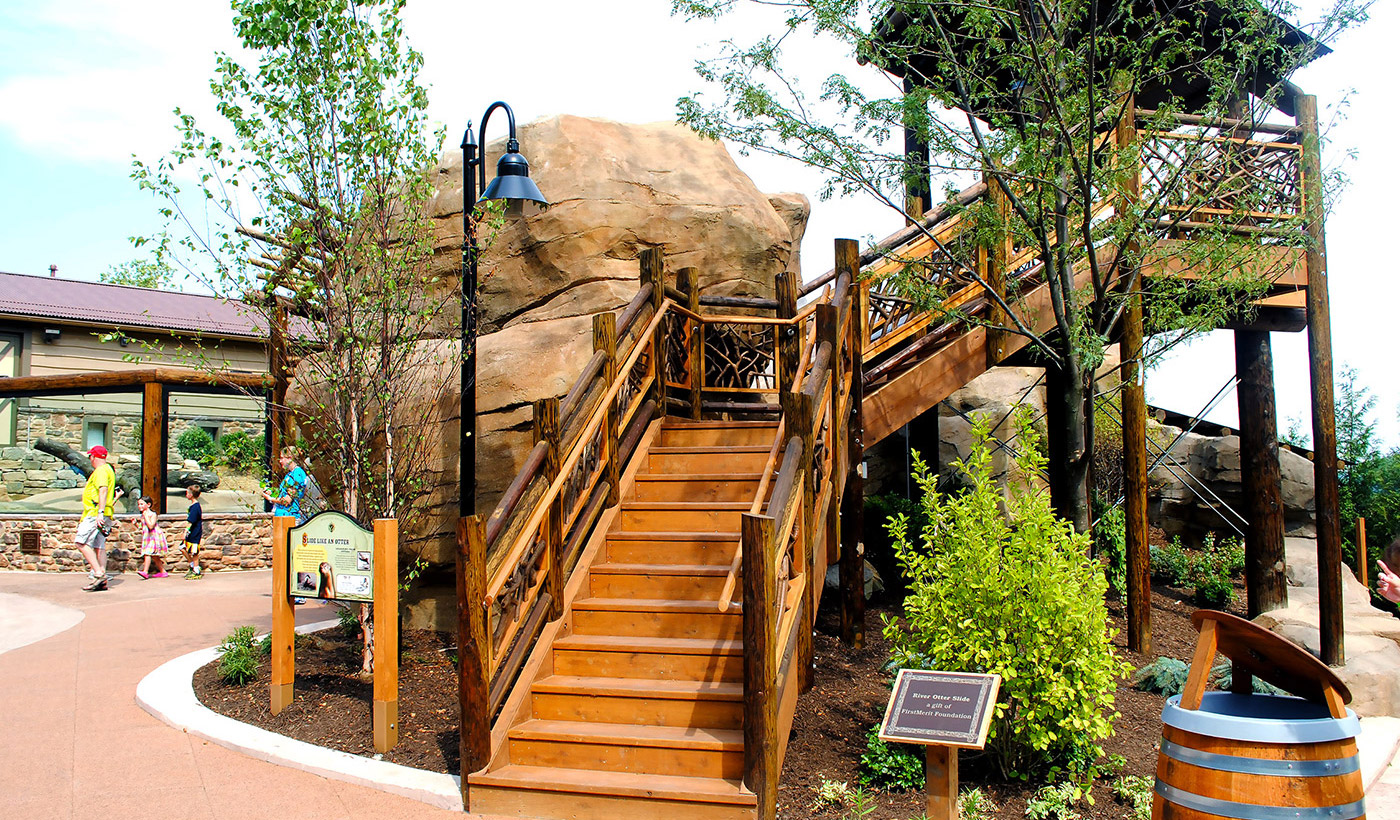 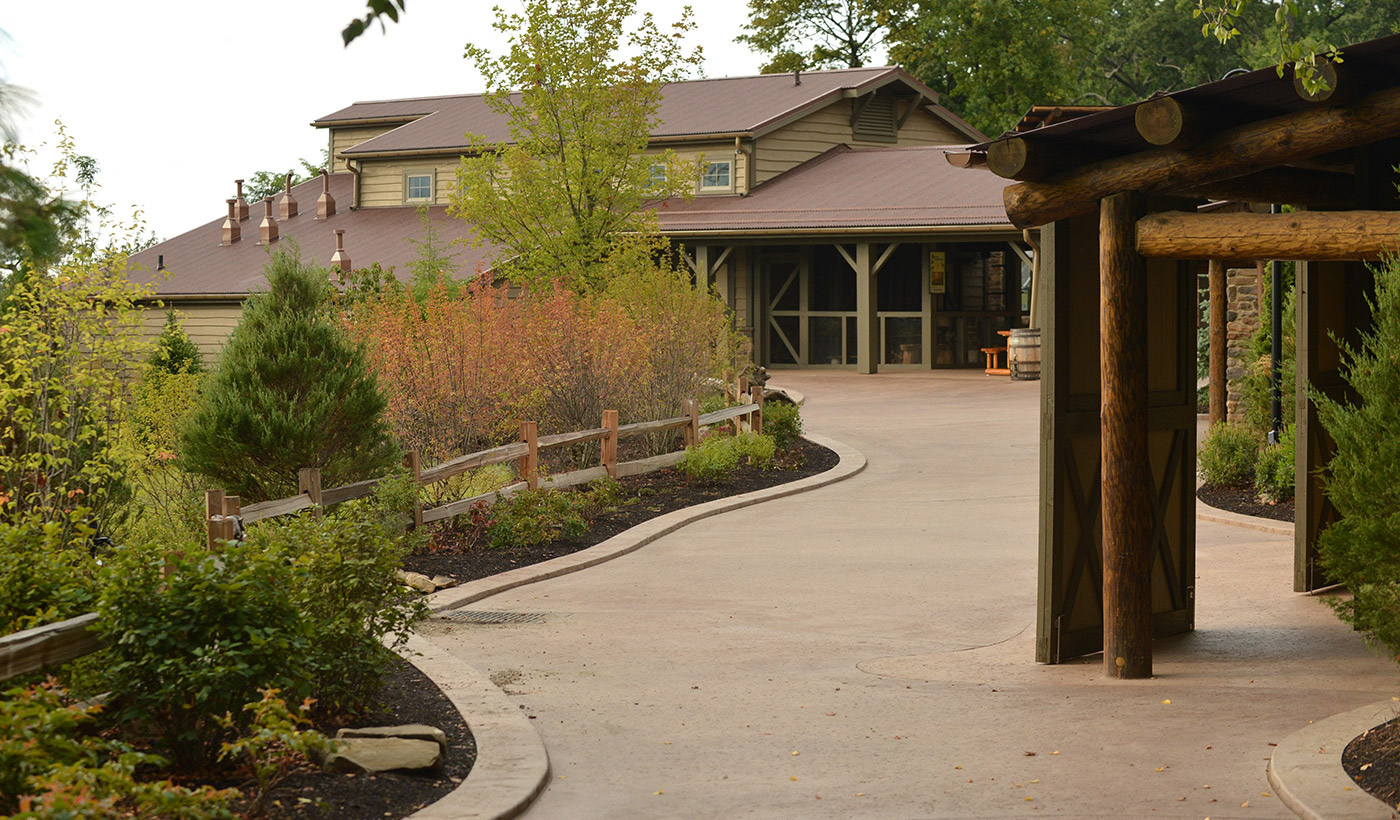 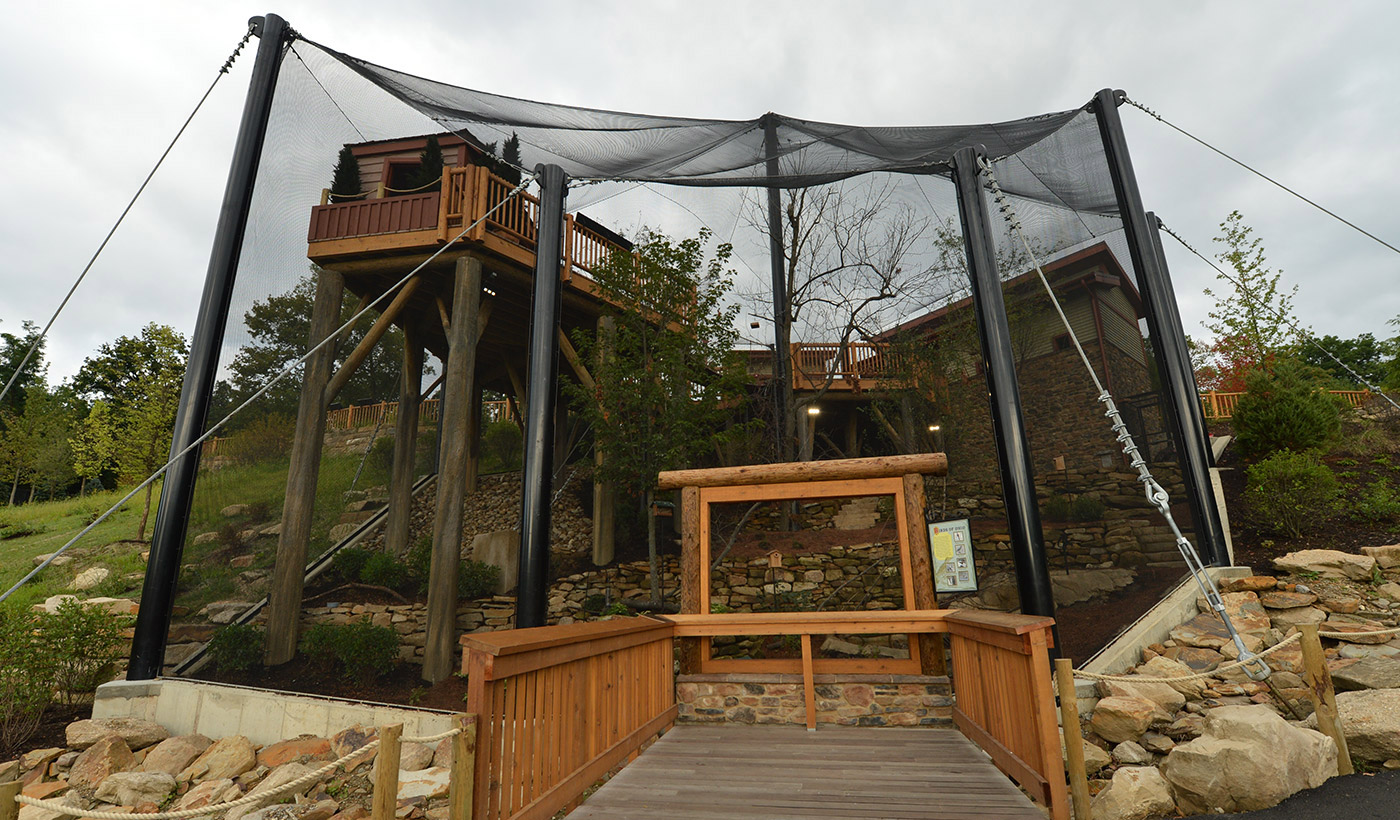 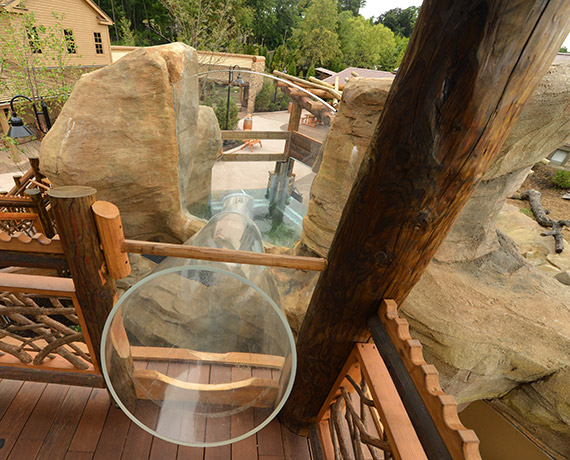 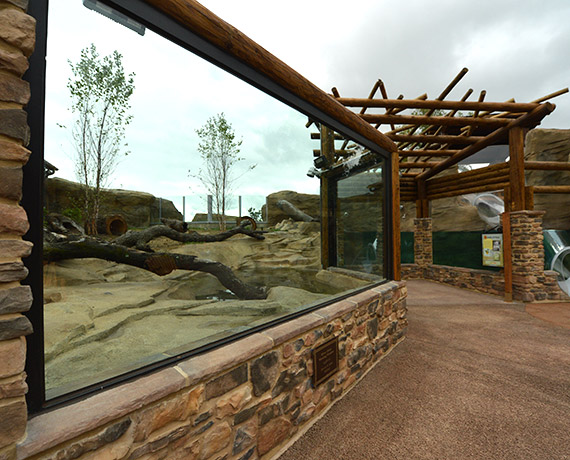